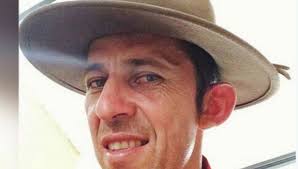 WE DENOUNCE THE MURDER OF DANIEL ABRIL, DEFENDER OF THE ENVIRONMENT, WATER, LAND, HUMAN RIGHTS, AND VICTIMS – A RENOWNED FARM LEADER IN THE DEPARTMENT OF CASANARE

WE DENOUNCE the cowardly killing of this human rights advocate, community leader, and environmentalist – this tireless advocate for life, water, and land.

The incident occurred today, November 13 at 6:40 p.m. at the site known as La Virgen in Mr. Abril’s home town of Trinidad (Department of Casanare), in front of a bakery. The assassins fired multiple shots, three of which hit and killed Mr. Abril.

A brave and noble peasant leader was thus removed from the path of the oil multinationals and land grabbers he criticized, just as he unreservedly denounced government corruption.

A HISTORY OF PERSECUTION, LEADERSHIP AND COMMITTMENT

Daniel Abril suffered constant persecution, including one attempted forced disappearance by the police, which he survived thanks to the efforts of the Civic Committee on Human Rights of Meta Department. He was unjustly indicted.

Daniel participated in all the protests against the oil companies, revealing and denouncing the grave impacts of their activities on the region.

In 2014 he was an active participant in the public hearings on human rights and the environment convened in Trinidad by then-Representative Iván Cepeda Castro.

He filed complaints with human rights organizations against Corporinoquía for its ineffectiveness and complicity with the oil multinationals that are using up Casanare’s water supply, and with its director, Martha Plazas, to whom he exhibited evidence. He also criticized the authorities for human rights violations and was a resource for victims in the city and the department.

Two months ago, he was targeted in an incident involving the feared 16th National Army Brigade, headquartered in the city of Yopal.

He participated in forums such as Voz de la Tierra, the National Movement for Victims of State Crimes, the Congress of the Peoples, and the Civic Committee on Human Rights of Meta Department. He worked in conjunction with COSPACC and NPB, two organizations working in favour of the environment and human rights.

At this time of great sadness, our thoughts are with Daniel’s parents, his brothers and sisters, and his 12-year-old son.

WE HEREBY MAKE THE FOLLOWING DEMANDS:

That the Fiscalía General de la Nación must immediately investigate the perpetrators of this murder and their motives;

That the Ministry of the Interior must fulfil its duty of protecting environmentalists, human rights leaders and advocates in the Department of Casanare, including the many associated with the Agrarian, Peasant, Ethnic and Peoples’ Summit.

That the governor of the department hold a security council meeting with social organization representatives in attendance, to explore the context in which this incident occurred.

That the multilateral bodies of the United Nations, the OAS, and the European Union follow up on the complaints filed by in whole or in part by Daniel Abril in conjunction with the social organizations with which he collaborated, with a view to securing guarantees from the Government of Colombia that it will protect the lives of environmentalists and human rights workers.

That the National People’s Ombudsman promptly sound an alert, demanding that the Government of Colombia provide protection for environmentalists, human rights leaders.

SIGNED IN SADNESS, IN HOPE AND WITH DETERMINATION:

The National Movement for Victims of State Crimes

Congress of the Peoples

My feet followed your path

And forge ahead now on the uncertain trail.

Together we made poems never written,

And can no longer remember whose verses were whose.

We learned to love the same people,

And it blessed us with the same kiss.

We shared our dreams,

From Utopías by Pedro Casaldáliga