Colombia’s long, meandering war has also isolated Chocó, as guerrillas, paramilitary squads and shadowy new armed groups clash over its spoils — namely, gold and land for cultivating coca, the plant used to make cocaine. They also battle over smuggling routes to the Pacific, sometimes forcing Chocó’s Afro-Colombian and indigenous inhabitants from their villages.

Somehow, Chocó’s people subsist amid this plunder. It was this reality, far from Bogotá’s cosmopolitan avenues or Cartagena’s Caribbean glitz, that the Venezuelan photographer Kike (pronounced KEE-keh) Arnal chose to document in the photographs he took over five journeys into Chocó.

“While working there, I always sensed people’s constant awareness, even fear, of the armed groups,” said Mr. Arnal, who traveled by canoe up Chocó’s rivers and on foot, making it to remote communities like La Planta and El Paso.

Most of the people who live in Chocó are descendants of slaves brought there by colonial authorities of the Spanish empire, which quelled indigenous revolts in the area in the 17th century. Before slavery was abolished in 1851, some  slaves escaped and formed Maroon enclaves, where many Chocóanos survived by gold mining. 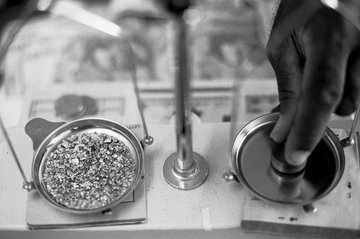 They still do, as Mr. Arnal shows in his eloquent pictures taken since 2009. In some places, the traditional methods, using pans and shovels, have hardly changed over the centuries.

One striking photograph in Manungara contrasts the old approach with the new, as mud-splattered artisanal miners watch a huge backhoe tear through the earth. They look resigned and weary. Imagine a team of office workers in a rich, industrialized country witnessing their jobs being outsourced to a man and a machine right in front of them.

Mr. Arnal first went to Chocó in the 1990s with a group of ornithologists, and recently returned to photograph for Oro Verde, a group that supports miners who rely on environmentally friendly techniques. He sought to learn more about Chocó before each trip, consulting with scholars who know the area well.

Mr. Taussig, an anthropologist at Columbia University, suggested taking a look at the photographs taken in Chocó during the 1950s by Robert C. West, a pioneering American geographer. West’s photographs of Chocóanos mining for gold and cultivating their own food in small plots seemed to capture a place forgotten by time. 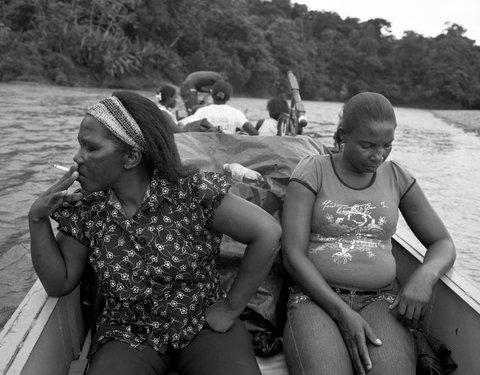 Kike Arnal Traveling up the Condoto River, into a mining area.

Mr. Arnal’s photographs have a similar lost-world quality, revealing how little Chocó has changed over the decades. Its people still travel by canoe, as shown in a photograph of a woman smoking a cigarette while going up the Condoto River. In El Paso, they still live in wooden huts, built with their own hands.

But Mr. Arnal shows that life in Chocó is also changing, as evidenced by the invasion of large-scale mining methods. Some Chocóanos toil as backhoe operators and divers. As Colombia’s private armies feed off mining at a time when gold prices have climbed to historic highs, the machines are sometimes controlled by gunmen from the neighboring region of Antioquia.

Despite the obvious challenges, the people of Chocó have preserved their nobility. Some of those photographed by Mr. Arnal look as if they belong not in Colombia’s squalor but in the pages of fashion magazines.

Amazingly, the flight from sophisticated Medellín, in Antioquia, to Quibdó, the impoverished provincial capital of Choco, takes less than half an hour. The plane quickly descends through thick clouds before emerging over the rain forest. From the window of the plane, one sees the destruction wreaked by large-scale industrial mining.

The shattering images of denuded jungle captured by Mr. Arnal raise a fundamental question. What fate awaits the people of Chocó, who have already endured so much in one of Latin America’s most secluded corners, as the destruction of their forest intensifies? 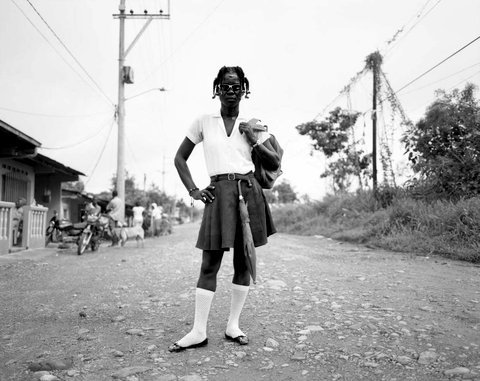 SEE THE FOTOS ON LINE