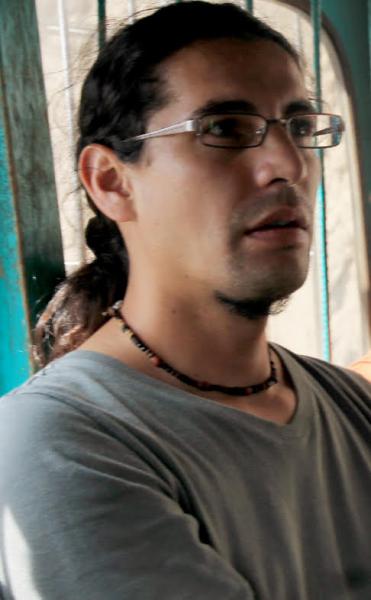 THE CONGRESS OF THE PEOPLES hereby denounces to the Colombian authorities, the people of Colombia, and the international community the assassination of our leader, colleague and friend CARLOS ALBERTO PEDRAZA SALCEDO. Carlos Alberto was a graduate of the Universidad Pedagógica Nacional, a leader of the teachers’ movement, and a member of the following organizations: the Nunca Más project, the Movement of Victims of State Crimes, the Central-Eastern Regional Association of the Political Movement of Social and Popular Masses of Colombia, and the Congress of the Peoples, which is a member organization of the National Agrarian, Peasant, Ethnic, and Peoples’ Summit.

1. On Monday, January 19, 2015 at 3:00 pm, Carlos Alberto Pedraza Salcedo was on his way from his home in the Molinos II neighborhood of the locality of Rafael Uribe Uribe in Bogotá to the locality of Teusaquillo (also in Bogotá) to attend a meeting relating to the Movimiento’s farm product marketing project known as “Comercializadora Agropecuaria El Zipa.” He called a member of his family to inform him of what he was going to do that day and to tell him that he would be late coming home. After that call, he disappeared.

2. On Wednesday morning, January 21, 2015, apparently, officers of the Gachancipá-Cundinamarca detachment of Sijín, the Colombian national police force, made telephone calls to contact numbers for the Comercializadora in an attempt to locate Carlos’s family members. During the first call, they stated that they had found a person fitting Carlos’s description who was carrying several Comercializadora business cards. During the second call, they stated that Carlos had suffered a motorcycle accident and that they needed to locate a family member. During the third call, they stated, “he was found dead in the pines from a blow to the head.”

3. On Wednesday, January 21, 2015 at around 9 a.m., Carlos Pedraza’s lifeless body was found in an uninhabited area of the district of San Bartolomé known as “las marraneras.” The corpse showed signs of violent blows to the head that may have been the cause of death.

4. It should be clarified that Carlos Pedraza had no personal, employment, social, or political connections in Gachancipá, a town situated about 60 km from the capital, that he was not carrying any money or valuables, and that all he had with him was a cheap cell phone that was not found with the body.

Given these facts, WE DEMAND THAT THE GOVERNMENT OF COLOMBIA:

Carry out the investigation and legal action necessary to identify the perpetrators of this crime.

Provide effective guarantees that the social, political, and peoples’ organizations of this country can safely carry out their social and political work.

All human rights and peoples organizations to be on the alert in view of these systematic attempts to victimize and persecute our leaders and organizational processes.

Domestic and international public opinion, international human rights and humanitarian law organizations, and all other organizations and persons, to take a unified stand against this crime and to demand that the Government of Colombia provide an effective response to it.

CONGRESS OF THE PEOPLES