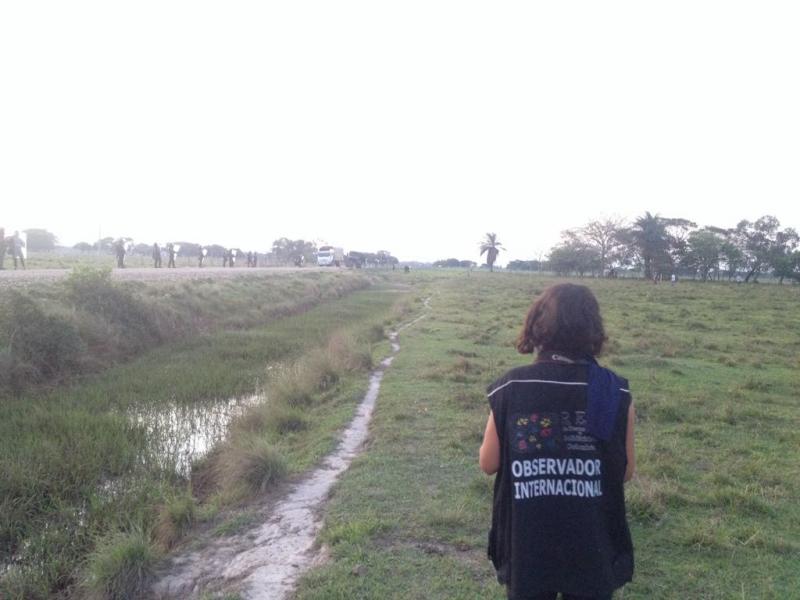 The Social Corporation for Community Advisory and Training Services -COSPACC- and the Fraternity and Solidarity Network -REDHER- inform the national and international community of the following events:
On January 25th of this year, rural communities were protesting peacefully at La Venturosa, from San Luis de Palenque; because the Canadian petroleum company Frontera Energy refuses to comply with the agreements that they have with the community. In the afternoon an ESMAD group appeared with the purpose to repress the protest, they threw rocks and gases against the community and intentionally against two international observers from REDHER, who were with two human rights defenders from COSPACC; one member of the community was hurt.

This situation took place even after PHILIPP CHRISTOPHER ALTGELD of German nationality and JANNIS CHIARLE from Canada proceeded to identify themselves with their respective vests according to the protocol of their organization; the day before they were asked to go to the National Police station. Minutes before the aggression, they were recorded by the ESMAD on film.
It is important to mention that the previously mentioned petroleum company signed the agreements with the Community Boards from the impacted zone last October. Since they didn’t comply, the community agreed to declare a permanent assembly as of January 22nd, notifying the Mayor and requesting international observers and national and international human rights organizations.
We demand that all competent authorities carry out the necessary investigations of these events and identify and punish all the responsible actors in this incident. We also ask national and international organizations to remain vigilant and demand that the Colombian State respect and guarantee the right to protest and to social mobilization.