This past November 30 2011, the National Confederation of Miners of Colombia, Conalminercol, signed an agreement with the national government putting an end to the strike planned for December 1.  In the document, it was agreed to begin talks to identify "points that will lead to formalizing traditional or informal mining," involving two million Colombians carrying out this activity.

In the framework of this agreement, on January 10, 2012, Conalminercol met with the Viceminister for Mining, Henry Medina, and the Viceminister for the Environment, Adriana Soto, as well as with delegates of the Ministries of Defense, Labor, and the National Police.  During the meeting it became clear that the agreement was in fact a trick to block social protest and to avoid finding solutions to a problem that could turn into a "social bomb." 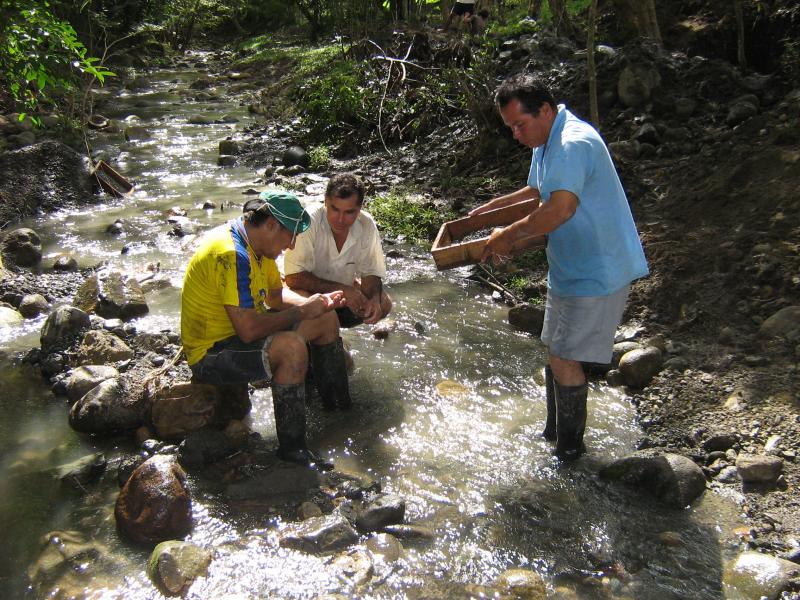 The government representatives ignored [the agreement] repeatedly; as the Director of Mines, Carlos Andrés Cante, said, "In my view, there is no agreement."  The government insists that Conalminercol must hand over a list of miners, which the Confederación refuses to do because it does not represent all of the informal miners and because it is the government's duty to define a legal framework for formalization rather than to demand a list of names. Or perhaps the government intends to solve a problem of national dimensions with laws tailor-made for just some of the miners?

The government was inflexible and did not accept the various negotiation mechanisms proposed by Conalminercol.  The most radical position was expressed by the Viceminister for the Environment, Adriana Soto, who said that there is no possibility of changing the law or of acknowledging that the requirements must be different for big mining and for other forms of mining in order to find a solution to a situation that goes beyond the laws: Informal mining has been carried out as a traditional activity for centuries or as a way of subsistence in the face of the ruin of agriculture and of growing rural poverty. The government's response is "to apply the full weight of the law on illegal mining," slamming the door and closing any possibility of dialogue with Colombian miners.

The government's intransigence demonstrates what is evident: We Colombian miners are destined for ruin or for the most backward forms of mining, such as barequeo, the only one that will not be prosecuted.  In the meantime, all legal guarantees and millions in tax exemptions are granted to foreign capital to develop large-scale mining, which brings no social or economic benefits but irreversible environmental impact, as was the case in La Guajira, Córdoba, and Cesar.  The government should explain to Colombians, how it is that the Caterpillars of the national businessmen are degrading but those of El Cerrejón mean progress?

In the face of this situation, Conalminercol invites all Colombian organizations that oppose present mining policies – environmental, student, workers', informal miners' and academic organizations – the Colombian Network Facing Transnational Mining, and others, to identify joint actions to keep the government from continuing to give away the Colombians' natural resources and to demand a change in mining laws for the benefit of the national majority populations.