Since April 28th, thousands of Colombians have joined the national strike which started mainly against a regressive tax reform bill proposed by the Colombian government and now has become a wider and diverse protest of indigenous, afro-descendant, peasants, workers, women and LGTBQI collectives, unions, youth, students, academics and health workers to challenge the nation’s violent and unequal order. The United Nations Human Rights Office (OHCHR) urges for calm in this extremely tense situation as the repression and violence by security forces increases, as the number of citizens killed, wounded, missing or victims of sexual violence. 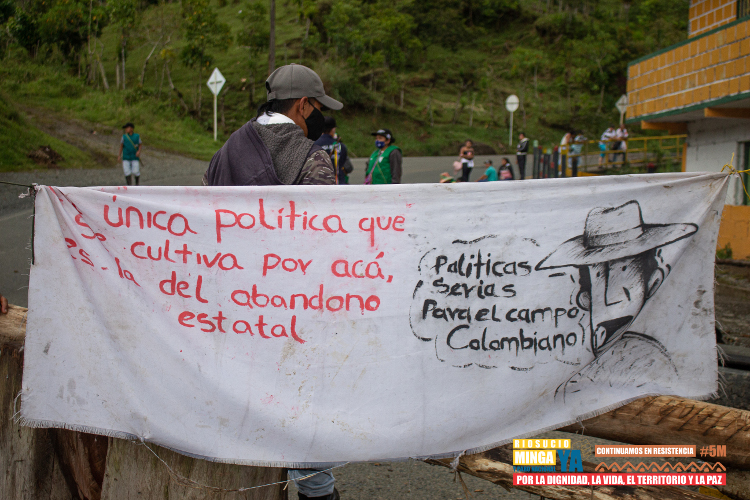 As Indigenous organizations and peoples, in Minga for peace, dignity and for the right to life and to our ancestral territories, we have been participating in the general strike in different territories in Colombia. In Caldas, organized under the Consejo Regional Indigena de Caldas (CRIDEC), with 6000 indigenous we have gathered on April 28th  in the city of Riosucio to urge, among other, the defense of the Free, Prior and Informed Consent of Indigenous People as a national and international tool for the territorial and collective rights, a serious and structured health policy to meet the needs of food and basic income of the population that are suffering the tragedy of COVID 19, and for the need to implement the peace process that could attend the increase of human rights violations nationwide, even more when the peace of the indigenous territories has been one of the most threaten by the reconfiguration of the social and armed conflict.

On May 5th, according to our traditional uses and customs, traditional indigenous authorities have declared permanent assembly which maintains our indefinite participation in the Minga Nacional within the national strike. In seven meeting points in the department of Caldas, around 8000 indigenous will march, share and protest with students, academics, workers and other collectives peacefully and with dignity. As Embera Chamí in Caldas, we need to restore our peace and living-well, as the systemic violence against our traditional authorities and ancestral territories has been growing. We are defending the mother earth from the extractive model that has been in place in Colombia and has destroyed our ancestral lands. As a historic legacy of our elders, we will continue to promote unity in this country in which human rights violations and extreme use of force have affected our self-determination and collective rights.

For the right to life, Peace, Democracy,
Territory, and Collective Rights of the indigenous comunities and the people of Colombia 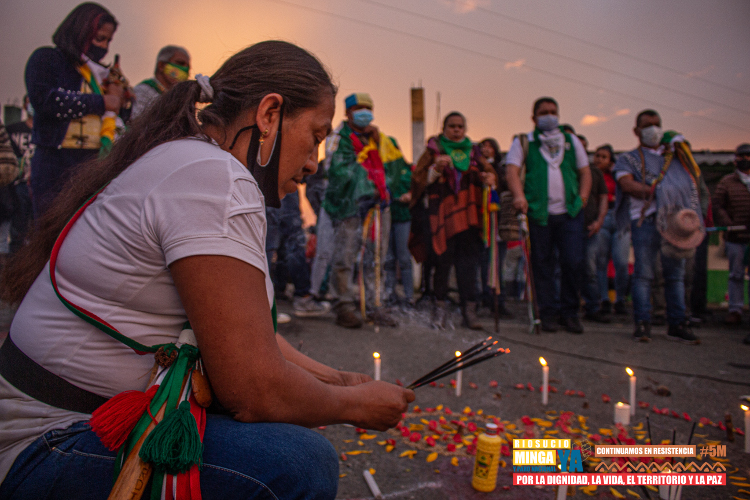 * Minga derives from a quechua word which means a get together to find collective well-being. Nonetheless, in Colombia, the word is related to indigenous resistance and protests for collective rights.