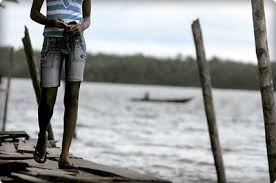 “Everyone has the right, individually and in association with others, to promote and to strive for the protection and realization of human rights and fundamental freedoms at the national and international levels.”

Declaration on the Right and Responsibility of Individuals, Groups and Organs of Society to Promote and Protect Universally Recognized Human Rights and Fundamental Freedoms

The social and human rights advocacy member organizations of the Interorganizational Committee for the Defence of the Black Communities of Buenaventura hereby report to the Colombian and international public certain grave events that have occurred in the last few days, involving threats against Danelly Estupiñan Valencia and Rocío del Pilar Segura. They are human rights advocates who have been working for years to defend, promote, and protect the Afro-urban communities of the city of Buenaventura. They have been involved in academic research and teaching that has helped to identify the human, social, cultural, economic, and environmental impacts of the major port expansion megaprojects taking place under the aegis of the so-called Pacific Alliance and Buenaventura Master Plan 2014–2050.

The two human rights activists, working in concert with regional, national, and international human rights organizations, have identified the legal actions necessary to make the companies involved in the port operation respect the ethno-territorial rights of the ancestral communities of Buenaventura, especially the land reclaimed from the ocean onto which there are attempts to displace these communities. By means of documents and petitions, the two women have called for observance of domestic and international instruments such as Bill 70, order 005, prior informed consent, ILO Convention 169, and the Environmental Management Plan, which protect the rights of the black communities.

In September 2015, these leaders, in coordination with urban, rural, and regional member organizations of the Interorganizational Committee, assisted the communities affected by cracking and sagging of their houses due to the operations of the Buenaventura Container Terminal (TCBUEN) in filing 106 individual petitions with the President of Colombia, Juan Manuel Santos; the Minister of Housing, Luis Felipe Henao Cardona; the Minister of the Environment, Gabriel Vallejo Lopez; the General Manager of the TCBUEN terminal, Miguel Ruiz, and the General Manager of TCBUEN S.A., Gabriel Corrales, asking them to cease work on expanding the container terminal until the rights of the families of the La Inmaculada district to prior consultation, housing, health, and education are fully guaranteed and the damages caused by the port operation are repaired. The petitions also ask for information on what the authorities intend to do to repair the damage.

This new threat is added to the list of 143 reported cases of threats against human rights advocates in the region in the last half-year. It heightens concerns that it is the human rights advocates, environmental leaders, researchers, and social leaders who have been criticizing the shortcomings of the development model and the violation of prior consultation rights who are becoming the most vulnerable sector in the midst of the peace process, and in the face of public statements by the Santos administration to the effect that human rights advocates will be given effective guarantees of their safety. We ask each of you to rapidly write to the Colombian government demanding immediate action to prevent harm to these two threatened leaders and to guarantee the safety of all the country's human rights advocates.

1. Yesterday, 23 November 2015 at 5:30 p.m., when Danelly Estupiñan was on her way to the university, she received the following threatening message on her cell phone: “Danelly is very close to the end.”

2. At 10:00 p.m. the same day, returning home from the University, she received a call from a friend. The call was suddenly interrupted by a voice audible to both women saying "we know where you are." This message was repeated several times. This indicates that her cell phone has been intercepted by the perpetrators of the threat. This situation forced the human rights advocate to leave her home and seek refuge elsewhere.

3. Members of Palenque Regional el Congal – PCN and other leaders of social and human rights organizations belonging to the Interorganizational Committee of Buenaventura had participated, on 22 November, in a human rights tour of the La Inmaculada district in conjunction with community defender Jesús Alberto Sandoval and with support from ACNUR.

4. The reason for the human rights and humanitarian organizations’ tour of La Inmaculada is directly related to the persecution, threatening, and harassment of Rocío del Pilar Segura.

1. The most recent situation of risk and threats against Rocío del Pilar Segura occurred on 19 November 2015, when she came home from the Universidad del Valle at around 9:00 p.m., and her neighbours told her that officials from the Buenaventura container terminal had hung a banner reading “gravel delivered to 27th Street, La Inmaculada, as a contribution from TCBUEN to improve road conditions for the people.”

2. After reading the banner, Rocío asked the neighbors if the TCBUEN officials had consulted them before putting up the banner and was told that they had not. She responded that communities have a right to ask who is coming into the neighbourhood and for what reason, and to inquire as to activities taking place in the vicinity. Rocío took the banner down and placed it on the rubble of the home of Alfonso Girón, which collapsed on 10 August 2015 as a result of vibrations caused by the port operations of TCBUEN.

3. On Friday, 20 November 2015 at approximately 11:00 a.m., two people – a man and a woman – claiming to be TCBUEN employees but unwilling to identify themselves, arrived at the house and asked for Rocío. They were accompanied by three neighbourhood youths. Rocío’s daughter answered and told them she wasn't home but would be back that evening. The woman turned to the three youths and told them that they must make Rocío pay for the banner.

4. The woman claiming to be a TCBUEN employee made a cell phone call to a TCBUEN social relations official, Ana Lida, and handed the phone to Rocío’s daughter. She was asked why Rocío had taken down the banner and replied: “Because you can't come into a neighbourhood and do things without consulting the people.” The social relations official asked her who had helped Rocío remove the banner. The female TCBUEN employee then called Gabriel Corrales, the General Manager of TCBUEN. During the conversation, both TCBUEN employees repeatedly asked her her mother's last name and she decided not to answer. In the middle of the phone conversation, the two employees wondered aloud whether Rocío is involved with the housing improvement program. Without having finished the phone conversation, the female employee told her, “Your mother doesn't owe us anything.”

5. The female TCBUEN employee told the girl that same day, Friday, 20 November, that she would return with a man who would examine the backfilling previously done by TCBUEN and that this had to do with the banner. Then, turning again to the three neighbourhood youths, she said “Rocío has to pay for the banner.” The five of them moved away from the house and continued their conversation. After a few minutes, Rocío’s daughter decided to call one of the boys over and ask him what the female employee was saying. He responded: “Your mother has to pay for the banner.”

6. Rocío returned home at around 5:30 p.m. that same Friday after participating in a field trip to the Anchicayá River with a group of leaders from different neighbourhoods. On arriving, her frightened daughters told her what had happened that morning. At around 9:00 p.m., the same three neighbourhood youths who had been there in the morning with the two TCBUEN employees returned to the house. Rocío let them into the living room and a discussion began.

7. They asked her why she had removed the banner and she told them that the community has to be consulted by the institutions before any work can be done in the community, and that TCBUEN thinks it owns the neighbourhood and can do as it pleases. She said that it has no connection with the community and that furthermore, the communities are not beggars asking for help. What they want is for TCBUEN to take responsibility for the damage it has been causing to the community in general and to its families.

8. In view of this situation, a meeting was held on 21 November 2015 at 9:00 a.m. with the participation of Rocío Segura, her daughter, Rosiris Angulo (ACNUR), community defender Jesús Alberto Sandoval, and Leyla (PCN). After a detailed recounting of the events of Thursday and Friday, it was agreed that an inspection tour would be made to the district and that the institutions would convene a meeting with the TCBUEN officials, the social relations officer Ana Lida, TCBUEN general manager Gabriel Corrales, community leader Roció Segura, her daughter, and the two employees who had come to her home in order to clarify the situation, in view of the events occurred on Friday.

It is important to stress that on 11 and 12 July 2015, a delegation of Canadian trade unionists had visited Buenaventura to monitor the situation as regards human rights, humanitarian rights, and economic, social, and cultural rights, as well as the impact of the Canada-Colombia FTA. The Canadian delegation, accompanied by representatives of PCN and NOMADESC, visited the port workers, the communities living on the reclaimed lands, and the neighbourhoods impacted by the port operations: Isla de la Paz, San Jose, and Inmaculada. While they were examining the impacts caused by the port expansion on the La Inmaculada district, two motorized police patrols entered the district and aggressively yelled out to Rocío Segura, “now we know who's responsible for all this.” The NOMADESC representatives yelled back but the police sped away.

In view of the above, we call on the Government of Colombia, and particularly President of the Republic Juan Manuel Santos, to guarantee the safety of all human rights workers and, consequently, to order sufficient and necessary measures to protect the physical and psychological integrity of Black Community Process leaders and human rights advocates Danelly Estupiñan Valencia and Rocío del Pilar Segura.

We call on the competent law enforcement and judicial bodies to conduct the necessary investigations in order to determine those responsible for the threats, persecution, and harassment of Danelly Estupiñan Valencia and Rocío del Pilar Segura.

We call on all of you to contact the Government of Colombia and demand a clear and timely response so as to prevent any harm from befalling these threatened human rights advocates.