From la Red de Hermandad y Solidaridad con Colombia we denounce the detentions that took place on Tuesday December 15, 2020 of three of our members TEOÓFILO ACUÑA and ADELSO GALLO, and at 3 AM on Wednesday 16th ROBERT DAZA , the three of them arespokespersons of the Agrarian, Peasant, Ethnic and People’s Summit. [SIGN ONLINE]

INCIDENTS: Today at 4:45pm the police orchestrated an enormous operation to arrest Teófilo Acuña in the municipality Barranco de Loba (Bolívar department) and proceeded to transport him towards El Banco (Magdalena department), where they sought to bring him to Bucaramanga. The arrest warrant was issued today December 15, 2020 from Popayán and executed with neverbeforeseen speed.

At the same time 5:00pm in the city of Villavicencio Adelso Gallo was detained, under unknown conditions, at the moment it is apparently for a warrant from the judge of Santa Marta, emitted the same day.

ROBERT DAZA was detained at 3 AM on WEDNESDAY 16th in the city of PASTO departement of Nariño. He contributed to create and then was president of the CNA. He have been contributing to build peasant territories with their autonomous governement and economy.

Teófilo Acuña and Adelso Gallo are well-known social leaders that have participated in international tours of the Red de Hermandad y Solidaridad con Colombia, in addition to receiving our caravans and accompaniment missions in their land over the last 20 years.

Teófilo Acuña is a spokesperson of the Commission of Dialogue of South Bolívar, Central and South Cesar, South Magdalena and processes from the Santander departments. Teófilo is a well known social leader from his region which has made him victim of threats from parammilitaries and of criminalization by the same entity that today seeks to strip him of his liberty. Between 2007 and 2011 he was victim of a set-up. This was recognized by the Human Rights Unit of the Attorney General: 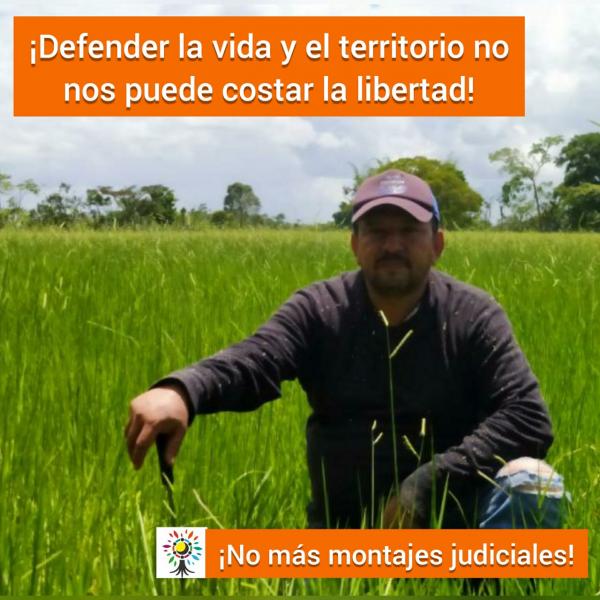 In its 20-page ruling, the Prosecutor pointed out that “the actions of human rights defenders, unfortunately, are not always accepted by some members of the Public Force, that have stigmatized everything that safeguards rights and the rights of groups as subversive … With regards to the evidence turned in by military intelligence, [the prosecutor] confluded that it was not credible and not trustworthy.” source: https://nomadesc.com/fiscalia-general-de-la-nacion-absuelve-al-lider-agr...

Teófilo was overseeing the spaces of dialogue with the National Government that, despite having been reactivated in July 2020, have not achieved significant advances due to the lack of political will of state institutions, using the pandemic as an excuse.

Adelso Gallo, was part of an international tour of REDHER in 2011. He is a leader from peasant origins that had the opportunity to graduate high school thanks to the Agrarian High School program, an initiative of the People’s Peasant Education organized by the Social Organizations of Arauca. He has had an important role in the denouncements of the abuses carried out by oil companies in the region like OXY. He has been part of the national board of the Agricultural Food Cooperative – Coagrosarare, and other community companies from the Arauca department, historically persecuted by the legal system, as he himself said:

“The political declaration was presented by Adelso Gallo, leader of the Political Movemen of Social and Popular Masses of Central East Colombia. In an 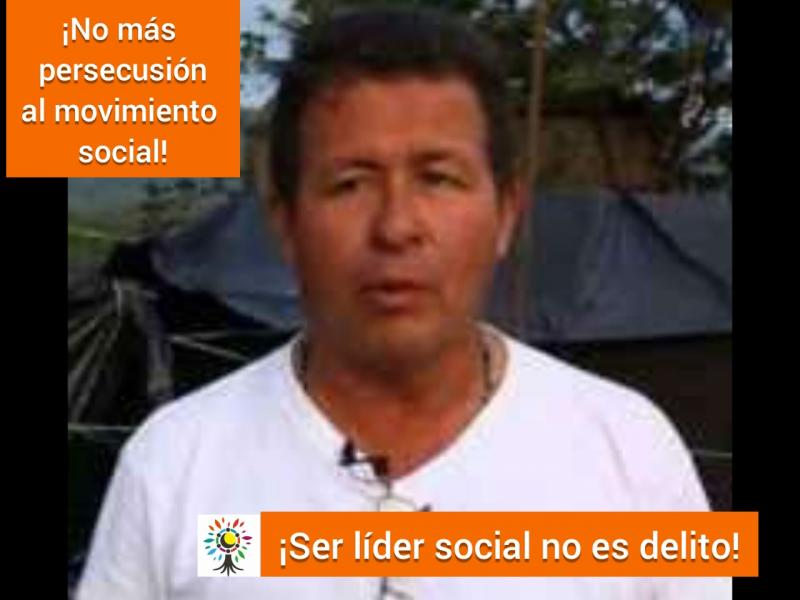 emotional and energetic speech, he affirmed: “The assassination and detention of social leaders has only and exclusively benefitted the exploitation of oil in the region, but the transnational companies that are responsible continue pillaging resources, destroying biodiversity and terrorizing the population with bombings and massacres. Those behind these crimes have not been tried, and much less condemned by the Colombian justice system; these crimes remain in complete impunity. To be a social leader, trade unionist or peasant leader is equivalent to committing rebellion and being a criminal, and this is paid with life, using the Military Forces and even the legal and police frame-ups if it is necessary.” https://www.arcoiris.com.co/2014/08/multitudinario-homenaje-a-las-victim...
These arrests take place in the midst of a systematic campaign of criminalization that seeks to delegitimize the actions of social movements like Congreso de los Pueblos and the Coordinador Nacional Agrario that act in direct opposition to the current government. This year as expressions of social mobilization activities were organized such as the Marches for Dignity, the Minga, the Caravana Cañon del Mickay, humanitarian refugee camps and other actions that have denounced the political, social and economic situation of the country.

What we are asking for:

We call on all social organizations, NGOs, human rights defenders, to join our call for justice to demand that the Colombian authorities:

Guarantee due process, recognizing the role of a social leader and that they might be possible victims of a legal set up.
Investigate the political use of organs of research and justice that do not show the results of investigations of the assassinations of social leaders.
In addition to sharing the denouncement in all possible places, we ask you to send letters, communication or anything in order to express concern over the above denounced events, accompanied by the slogan # SerLiderSocialNoEsUDelito and #NomásMontajesJudiciales.