After Toronto, the leaders and managers of global capitalism will be meeting again in Seoul, South Korea on November 11 & 12 for another G20 Summit. Worldwide, gatherings will take place to denounce capitalism, misery and poverty. In the midst of an economic crisis (against the poor) as well as social and ecological crises, Prime Minister $tephen Harper will again urge the "re-assuring of financial markets" above all. We will take the streets to express our opposition against these exploiters as well as the capitalist system.

This demonstration will also be undertaken in solidarity with the dozens of people still accused after the demonstrations against the G20 in Toronto this past June.

This is a family friendly protest

An invitation by the Anti-Capitalist Convergence (CLAC2010) of Montreal. 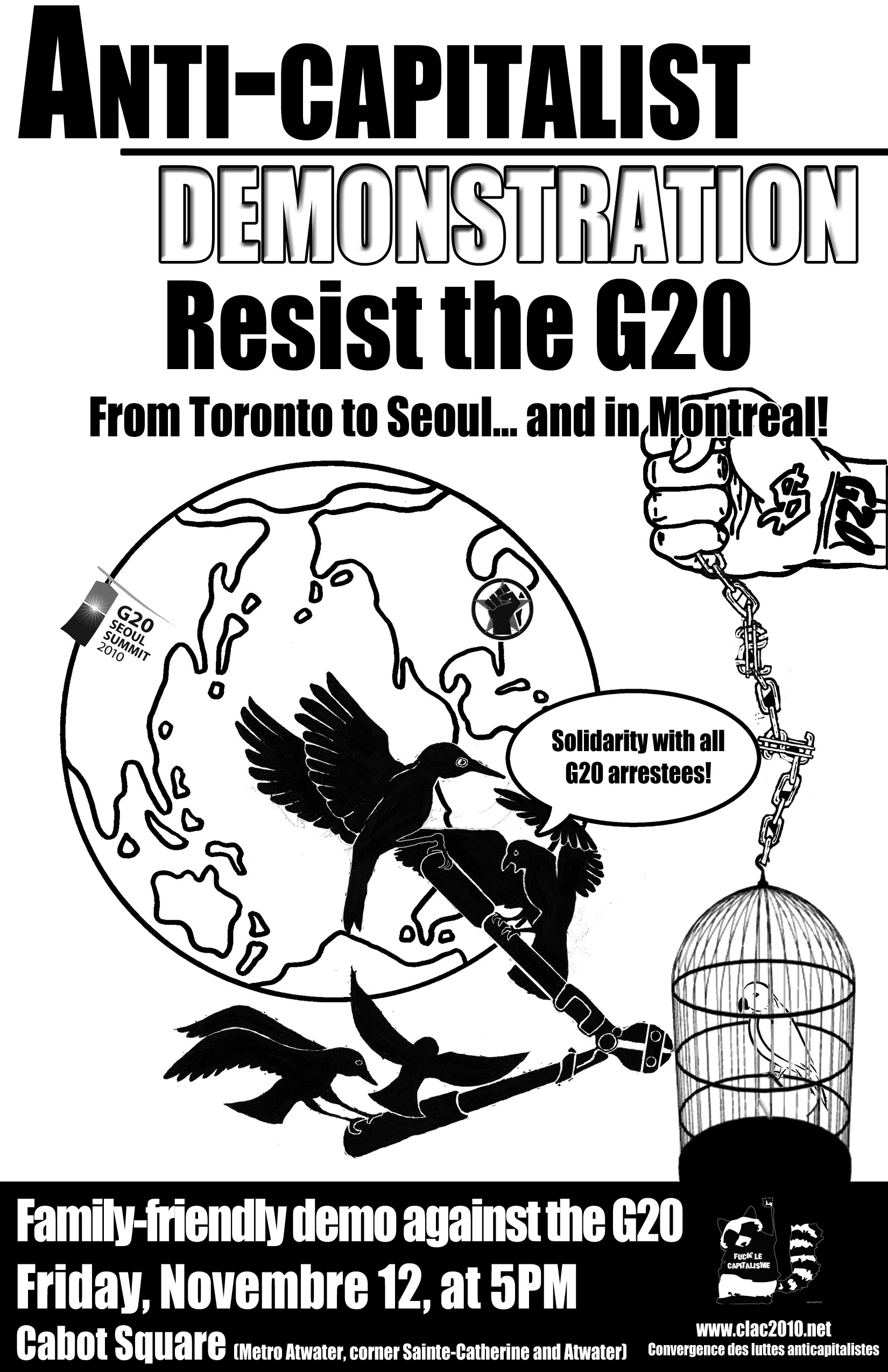